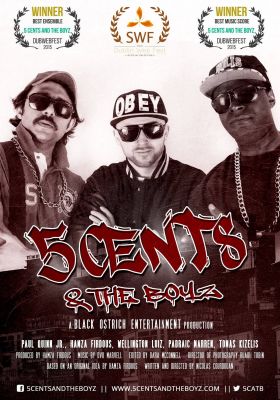 5 Cents and the Boyz Taster 18


After being given one last ultimatum by his mother, Morris, a twenty-something college dropout and unabashed daydreamer, sets out to fulfil his latest fantasy and become the first major Irish hip-hop star. He enlists the help of a failed music manager on the run from Russian gangsters he owes money to, a Pakistani delivery driver and a Nigerian church custodian to form the most outlandish hip-hop band ever: 5 Cents & the Boyz. WINNER: Best Ensemble, Dublin Web Fest 2015