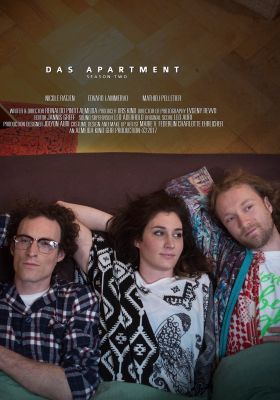 
"Never sleep with the people you actually like." Rule No.2 Two Seasons of the flat-share comedy straight from Berlin. Various nationalities, lack of money, Europe in Berlin. 30 is the new 16. Lenni is from Finland and explores his enhanced carpe diem philosophy to the limit, whilst the Canadian named Rachel struggles to build a career in the unique and sometimes weird digital start-up scene. Their French flatmate Chris tries to keep true to his political principles, as he fails to find a job that matches his ideals. Each episode reveals new sides to their absurd realities.