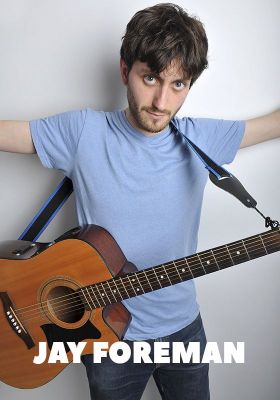 
Jay Foreman is an award-winning musical comedian whose songs have been heard on BBC Radio 4, ITV and channel 4. He can currently be seen on tour around the UK with his family show ‘Disgusting Songs For Revolting Children’ which sold out its run at the Edinburgh Festival Fringe. Jay is gathering a huge following on YouTube, where his videos about maps, geography and politics have attracted more than 400,000 subscribers.