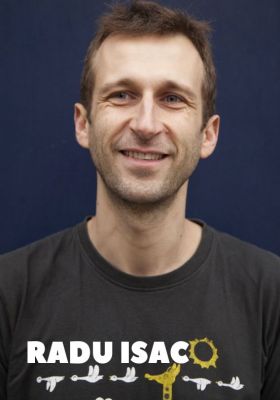 
Radu has been a professional comedian in Romania ever since he was old enough to quit college. For 9 years he was known as Romanian's comedians comedian. In 2015 he moved to London and in 2017 made it to the final of the English Comedian of the Year competition. As Chortle put it, his comedy is 'simultaneously sweet and dark', "cynical and tricksy.", "sharp and quirky comic mind", "playful, idiosyncratic comedy.", "new perspective on recognisable scenarios" - Chortle. "