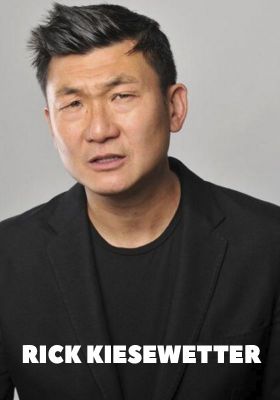 
Rick is an Asian American now a British citizen, this gives him his take on the world. His comedy is based on everything from relationships to being a contender on the cult UK TV show, Gladiators. He regularly performs at comedy clubs across the UK and Europe, along with two hour-long shows to the Edinburgh Festival: Chink and No More Mr Rice Guy. TV appearances include the BBC Comedy Awards and NBC’s Last Comic Standing. Rick is just a New Jersey guy, living in London and telling jokes. QUOTES "Subversive observations" The List “A very funny man” Bob Mills “Enjoyable stand up” ThreeWeeks "Punchy observational gags about the little things that annoy everyone.” Bruce Dessau COMPETITIONS 3-time London Comedy Store “King Gong"" winner Last Comic Standing 2006 Beat The Frog World Series 2005 Finalist