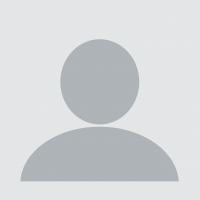 Amaury Dequé is a director and author.

In 2014, he co-wrote and co-directed the short film " A. Friend" which will have a great life in festival, with about twenty international selections and five awards.

In 2015, he joins the team of directors of the Golden Moustache Lab, with whom he directs a dozen sketches. At the same time, he made his breakthrough in advertising by directing several commercials for brands such as Azzaro, Allianz and V and B, with the company Axolotl Créations.

In 2018, he directed a music video for the pianist Dexter Goldberg, produced by the label Jazz&people, then he started working with Eléonore Costes. After a successful pilot of the series " Genre humaine ", they decide to continue the adventure by directing a whole season with the production " La dame de coeur ".

In 2019, he co-wrote and directed the short film " Karaoké Club " for Léopold Lemarchand's channel called " Le pérave ", produced by Webedia.

Eleonore is finding out her dad has cancer and breaks up with Ludo for good. She will have to accept to let go and try to understand the taste of the absolute that makes her so afraid of death.