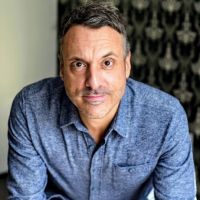 Greg is an award-winning comedian/actor based in New York. He began his career in 2001 and since, he’s performed from New York City to Los Angeles with such comedians as Jerry Seinfeld, Dave Attell, Colin Quinn, Nick DiPaolo, Kathleen Madigan, Charlie Murphy, Bo Burnham, Jackie 'The Joke Man' Martling, Pete Holmes and Owen Benjamin. In 2005, he formed his own entertainment company, radial gage entertainment. In 2014, he was inducted into the esteemed Friars Club in New York City.

He produces and hosts The Brew Ha-Ha Comedy Showcase - an award-winning professional touring showcase that has been featured all throughout the Northeast and New York City. Launched in 2006, the showcase consists of performers who have been seen on national television anywhere from The Tonight Show Starring Jimmy Fallon, The Late Show with Stephen Colbert, The Late Late Show with James Corden, Conan, Late Night with Seth Meyers, Jimmy Kimmel Live!, NBC’s Last Comic Standing, America's Got Talent, Comedy Central, HBO, MTV and VH1. LAUGHSPIN magazine has recognized The Brew Ha-Ha Comedy Showcase as one of the longest continually run showcases in the United States.

He can be seen in the new movie Off The Rails airing now on the Lifetime Movie Network, and has also been featured in AT&T International campaigns, and numerous television commercials.
You can also see him in films and the popular Amazon Prime television show 'Welcome Home'.

He’s worked with such organizations as The American Cancer Society, Leukemia/Lymphoma Society, Make-A-Wish, Catholic Charities, Fire Departments, Churches and Elks Lodges among others. To date, he’s helped raise over $150,000. 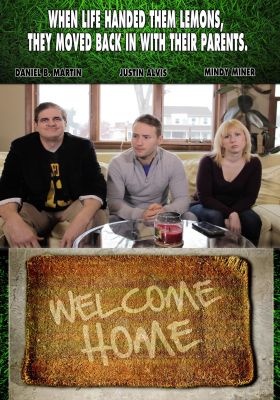 When three thirty-somethings have no choice but to move back home with their parents, they realize a lot has changed since they've been away. AWARDS: 2019 IndieFest Winner